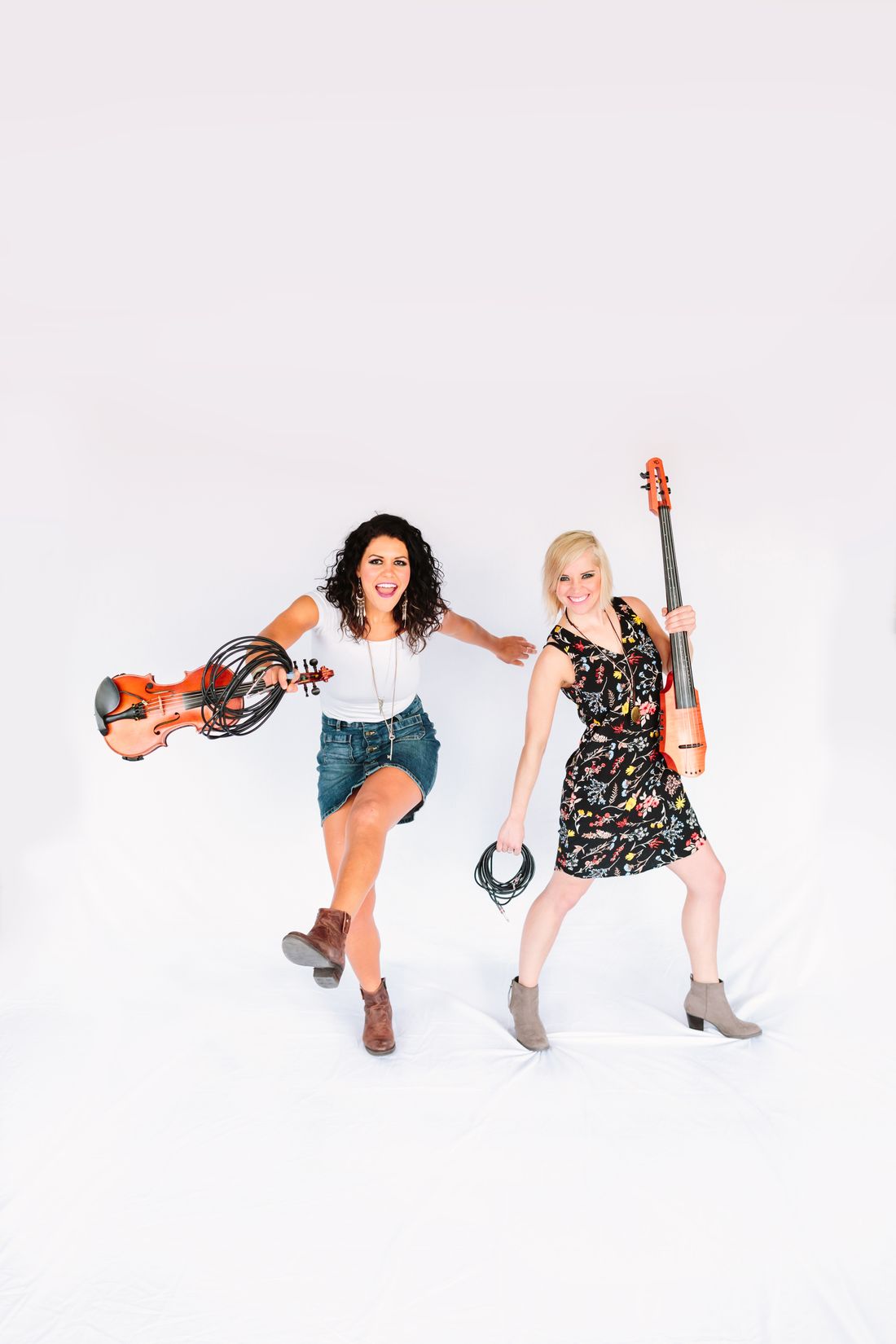 Hailed by The Grand Rapids Press as “top-notch, instrumental wizardry,” The Moxie Strings offer listeners the unique opportunity to experience some of the world’s best- known instruments through an electric, innovative lens. Diana Ladio and Alison Lynn hold Bachelor of Music degrees in music performance and music education, which have given each the technical foundation to explore the limits of her instrument and helped the group build a reputation for musical excellence. Alison performs on a newly-invented, electric cello, and Diana on a contemporary 5-string violin. Both use a variety of audio effects pedals. The Moxie Strings compose the majority of their pieces and arrange melodies from many countries, resulting in a genre-blurring blend of ear-catching, mainstream melodies and foot-stomping, rock-influenced rhythms. The band’s polished, high-energy show continues to redefine strings’ role in contemporary music, and offers audience members a diverse, fun, musical experience. The two often join forces with dynamic percussionists to create an even livelier sound for larger venues.

Soon after forming in 2007, The Moxie Strings were inspired not only to perform, but also to teach. Having made the exploratory journey from classical music to a world of eclecticism and music creativity, the band has now dedicated their careers to helping young musicians make this life-changing and transformative transition. Moxie clinics focus on musical self-discovery and the importance of incorporating socially and culturally relevant genres of music in the music classroom. They have taught clinics in over 200 schools throughout the US, and also present on their research and methodologies to teachers at many music education professional development conferences. During most clinics, The Moxie Strings perform for students on electric instruments, teach music by ear, and introduce non-classical playing styles. The group has researched and created an innovative sequence of activities designed to introduce improvisation to classically trained musicians, which they employ at every clinic. The Moxie Strings deliver their message in a fun, accessible way, and stand before students as the illustration of the many opportunities that music holds.

Current Magazine insists that “the future of music could not be in better hands.”